Survival Prepping is Written for Ordinary Folks Who Want to Get Started on Preparing for the Worst.

"Adams shares bug-out plans for every scenario, safety tips, and invaluable checklists for acquiring the right supplies for emergency situations."

Survival Prepping will help you ensure your family survives - and hopefully thrives - should disaster strike. 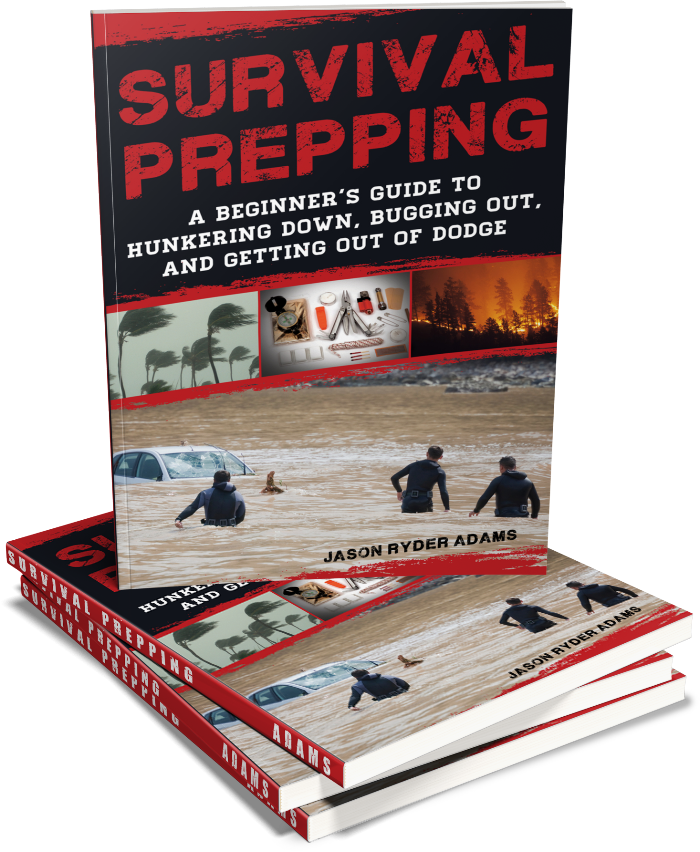 From the Introduction to Survival Prepping by Jason Ryder Adams

No one knows WHAT it will be.

It could be a natural disaster or a medical pandemic. Financial system collapse or bioterrorism. Governmental shutdown or societal breakdown. The media is full of possible threats, and they seem to be coming at us from all sides these days.

No one knows WHEN it will be.

It might be today or tomorrow. Next week or next month. Next year ... or maybe never.

But do you want to take a chance on "maybe never"?

"Survival prepping" is about preparing for the worst. It's about making sure you and your family are safe, no matter what the world throws at you.

But just look at the events of recent years. Natural disasters such as Hurricane Katrina, Hurricane Sandy, and Hurricane Harvey. Man-made disasters such as Japan's nuclear meltdown. Economic crises like those in Europe. Unemployment, work shortages, and financial crises in the U.S.

Even rioting in the U.S. has become a regular occurrence. We've had multiple incidents of riots and civil unrest over the last few years - in Brooklyn NY, Baltimore MD, Los Angeles CA, Charlotte NC, Charlottesville VA, Oakland CA, and close to home for me, Portland, OR. That's just to name but a few.

And it's not just in big cities. Even America's heartland has been touched by riots, such as those in Michigan (2012), Missouri (2014), and Wisconsin (twice, in 2011 and 2016). Thanks to social media, we must now be prepared for coordinated protests and unrest, such as the anti-government protests of 2016 that occurred simultaneously in twenty-five cities.

All of these events have helped bring survival prepping out of the fringe and into the mainstream. After all, if you care about your family, you want to make sure they are safe, secure, and well-taken care of, no matter what situation comes your way.

When most people picture a "survivalist," they think of a big, hairy man living alone in a cabin in the woods, wearing camouflage. With missing teeth and questionable hygiene, our stereotypical survivalist clutches his rifle, ready to shoot any "revenooers" and government agents who head his way, all while muttering under his breath that the sooner civilization collapses, the better.

Well, let me assure you - the stereotype couldn't be farther from the truth.

We are regular folks living regular lives. I myself live in a regular house, not a cabin in the woods. I don't hunt and forage all day. Instead, I have a white-collar job in an office, and I shop at the local grocery store. I don't own a single piece of camouflage clothing. And I have all my teeth.

Prepping today isn't for weird nutcases. It's for everyone.

Because the bottom line is, neither you nor I know what will happen. It might be a natural disaster. It just might be a terrorist act. It might be martial law and civil unrest. Whatever happens, as preppers, we want to be sure that our family is safe and secure.

The sane way to look at prepping is to think of it like auto insurance.

It's the same with survival prepping. You don't prep hoping a disaster happens. You prep hoping it doesn't. But you prep because you'll sleep better at night, knowing you and your family have that insurance against the unforeseen.

By the way, I know that every once in a while, you'll see a media story that portrays EVERY survivalist as if they were hoping for a disaster to happen, or even working to cause them!

I doubt that was ever true. But even if it was, the media is out of step with what's happening today. Prepping is now mainstream. Most preppers today are ordinary people like your neighbors, your co-workers, and your friends.

As today's preppers, we are merely those who are concerned enough about our families to want to make sure they are safe. And we do something about it.

Like Talking To Your Best Friend or Big Brother

"Jason talks to you, not down to you. He has simple instructions that helps instead of confuses you."
-- Huey Crew

"[Jason] is matter of fact in explaining things and does not go off the deep end with paranoia or fear. He explains things simply and makes emergency prep very 'do-able' for the novice."
-- Kelly

"[Jason] makes you feel like you're talking to a best friend or big brother. Very informative!"
-- Kindle Reader

Part 1--Hunkering Down: Prepping to Survive in Your Home during a Natural Disaster

Part 2--Get Out Of Dodge! Prepping to Leave Your Home and Bug Out during a Disaster

Part 3--Sealing Yourself In: Prepping for Bioterrorism, Chemical Disasters, and Pandemics

Emphasis on Detail Without Overwhelming You ...

Straight-Forward and Personal with a Calm Approach

"Great ideas that most people would never think of using in an emergency."
-- E. Scott Caves

"I liked [Jason's] emphasis on detail without overloading you. It was a really good balance between overview and in-depth."
-- Skylar

"This a good, straight-forward guide to emergency prepping for a beginner like me. It's personal and not over-the-top when it comes to being a prepper like some of the other books I've seen. [Jason] does a good job of keeping a calm approach throughout the book. Lots of good information, and the section on situational prepping was really interesting. It's a good book just to have as a reference."
-- CT

Here are some printable checklists from the book to help you get started. 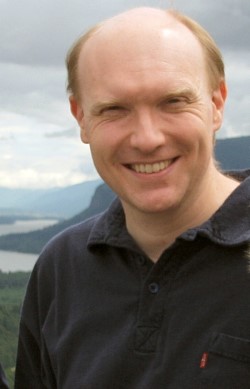 Jason Ryder Adams is the author and leading expert on practical survival prepping for "non-preppers."

"Survival preppers are no longer weird nutcases living outside of society," says Jason. "We're normal people. We're your friends, your co-workers, and your neighbors. It's just that we're concerned for ourselves and for our families, and want to make sure that we're prepared no matter what the world throws at us."

"Let's face it, most people don't prep, and those that want to prep are overwhelmed by all the details involved. You start talking to someone new to prepping, and once you start in on the details, you see their eyes start to glaze over and their mouth drops and their face goes blank. It's just too overwhelming to the new prepper.

"I try to break down prepping into simple steps, and make it as easy as possible for the new prepper to get started.

"After all, a little prepping is better than no prepping. And once people take those first few steps, they'll soon see that prepping isn't all that hard. And it will give them the confidence to go from being a little prepared to being fully prepared.

"If I had only one wish for you and for all of my readers, it's that they NEVER have to use what I write about.

"But these days, with everything going on in the world, I don't think that will happen. All of us are likely to face some sort of disaster at some point - whether it's natural or man-made. So I want you to be ready when it happens.

"Thank you as always for taking the time to read my books. I wish you and your family a healthy, happy, safe life."

Survival Prepping is written for ordinary folks who want to get started on preparing for the worst.

"Adams shares bug-out plans for every scenario, safety tips, and invaluable checklists for acquiring the right supplies for emergency situations."

Survival Prepping will help you ensure your family survives - and hopefully thrives - should disaster strike.